On September 11, 2021, all Audax-organizing countries will be celebrating 100 years of Audax riding in the format that we know now.  Audax Club Parisien has issued a very special medal to celebrate this momentous event in our randonneuring history.  We were hoping to celebrate this in a big way but due to the pandemic, we had to rethink and adjust accordingly.   I will be sharing more information about this ride but it will definitely be simpler as we have planned.  Rest assured, we will keep the randonneuring spirit alive! 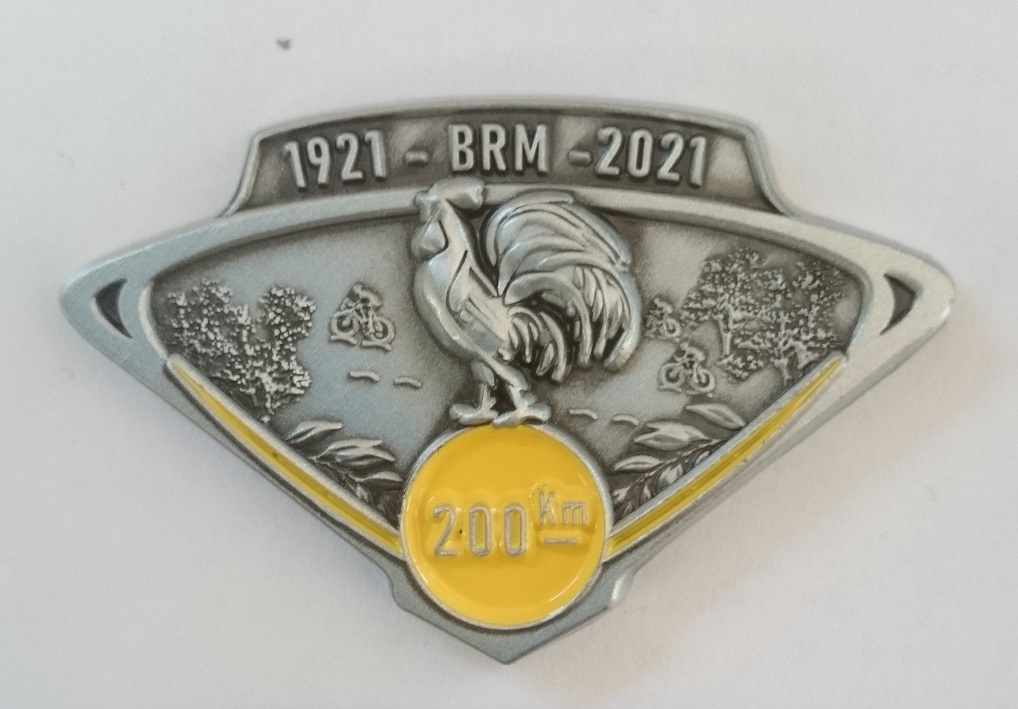 The one-of-a-kind Centennial medal to celebrate 100 years of Randonneuring!

Audax Club Parisien was founded in November of 1904 to participate in the new audax 200km endurance rides that were starting to take place. Audax signified always riding in a group at an average pace of 16-18 kph, and with a road captain who kept the group from going too fast, together the entire time. The rides often lasted from dawn to dusk and were fairly popular around the Paris region in the years before World War I. Upon a successful completion of the ride, participants were awarded a certificate or diploma (brevet in French) for their athletic feat—no small thing in that bygone era of dirt roads, cobblestones, and primitive bicycles. 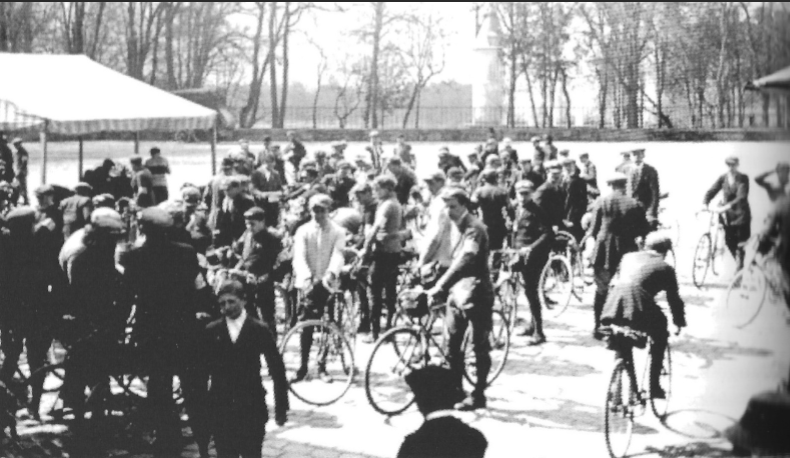 Following the war’s end in 1918, some of the ACP members wanted to ride faster than the steady audax pace, while others wanted to include group hiking activities on the club calendar, and some were adamantly opposed to these changes and wanted the club to remain true to its group cycling origins. Club meetings became pretty heated affairs and in the summer of 1921 it all exploded. A majority of the ACP members voted to start doing allure libre or free-pace brevets that allowed riders to choose their own pace so long as they stayed inside the minimum and maximum speeds, and they could ride alone or in a group—the same as we do today. 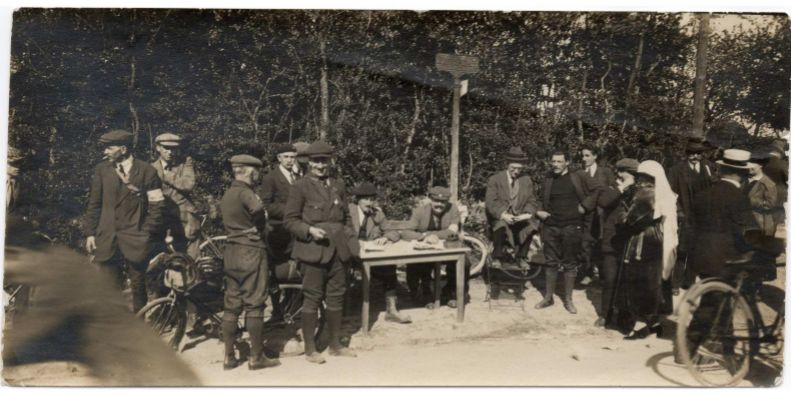 Audax Club Parisien officials opening the ride on the "Commitment Table" on May 1, 1921

On Sunday, September 11, 1921 the ACP held its first free-pace brevet of 200km. The route was a big loop that went west and south of Paris to Dreux, Chartres, and then back to Paris. Twenty-six randonneurs and randonneuses completed the ride in the time limit, arriving in waves at the finish control.

The free-pace randonneuring format gradually spread around France during the 1920s and 1930s, and then around the globe starting in the 1970s. Here we are in the 21st century, still riding and earning our brevets while choosing to ride our own pace and with however many people as we wish. This is the formula of the Brevets de Randonneurs Mondiaux, or BRM. 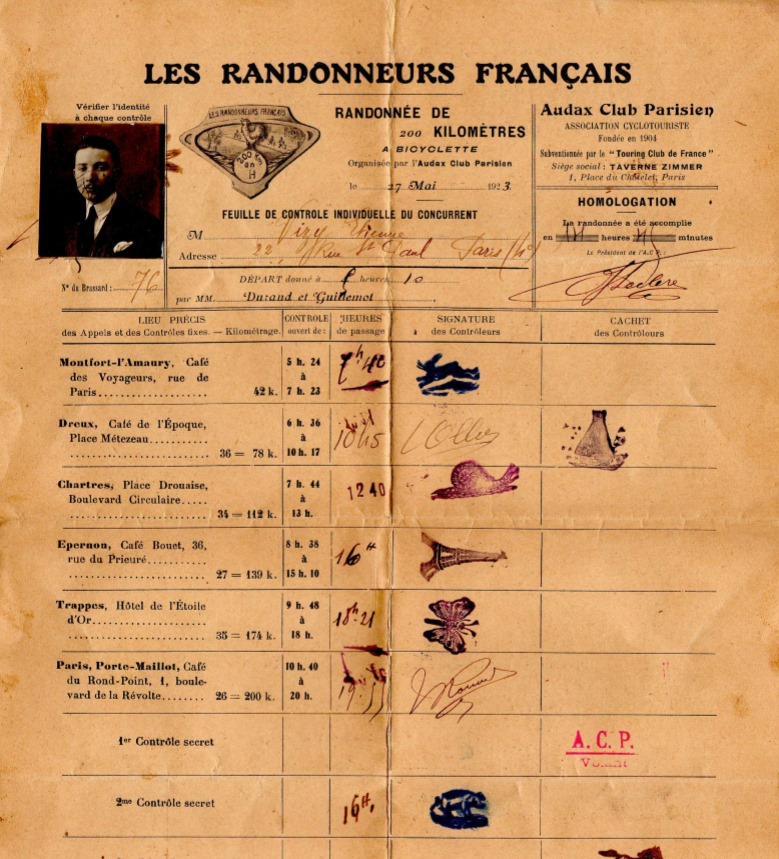 In 1921 the world was just coming off an awful pandemic that killed millions of people, while we are still in one ourselves; it is curious how history can repeat itself.