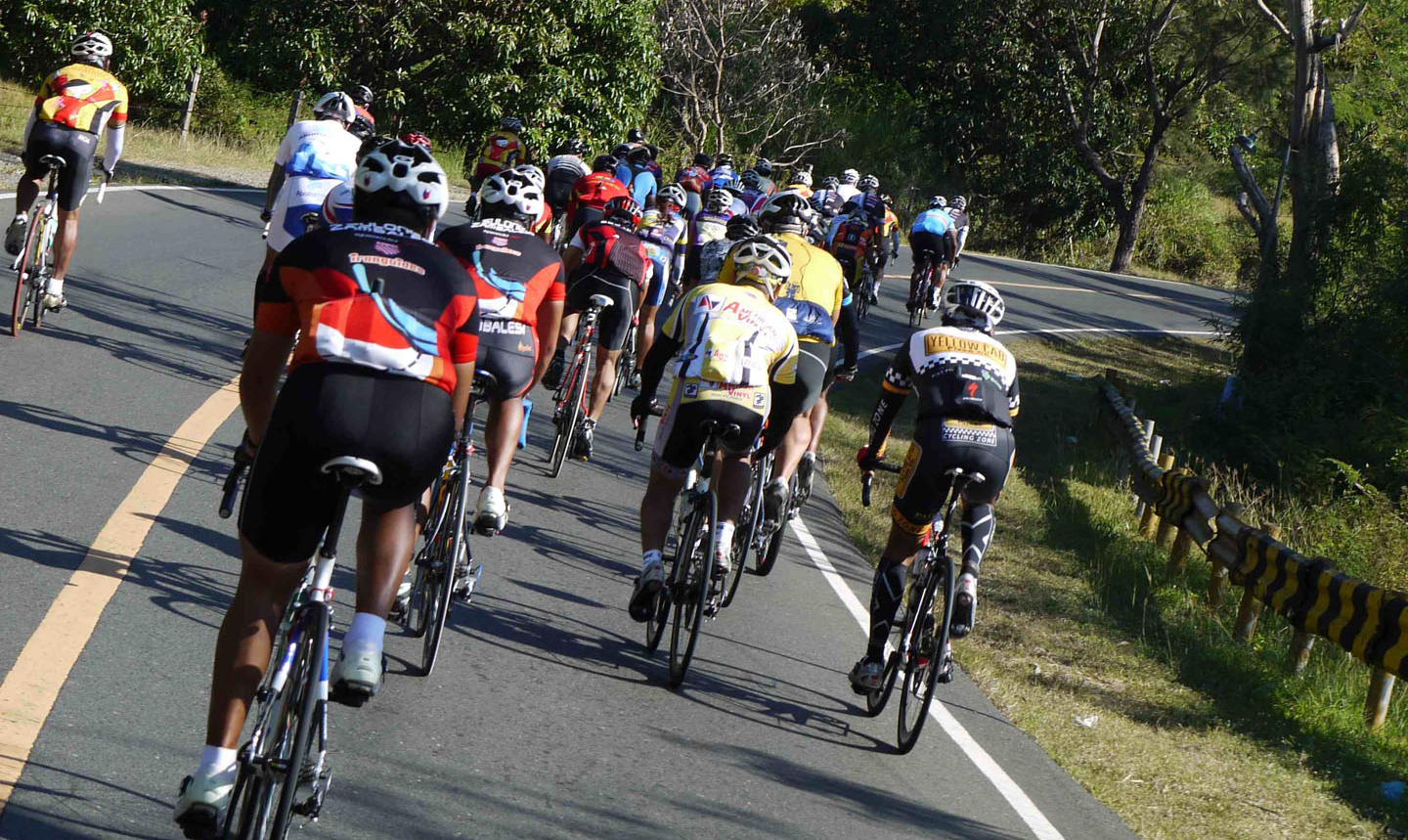 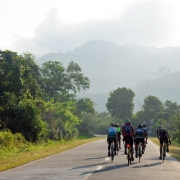 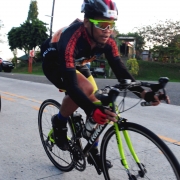 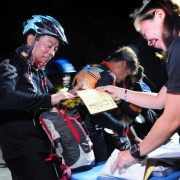 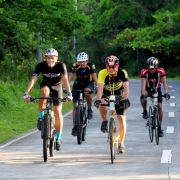 Audax Randonneurs Philippines was established in November of 2010 and is the Audax Club Parisien-approved brevet-coordinating organization for the Philippines. The group promotes randonneuring, a non-competitive, time-limited, long-distance cycling event. Riders are not to compete against their fellow cyclists, but to compete only against their own personal best. Skills in self-sufficiency, bicycle mechanics, night-riding, and endurance are more valued over speeds or racing strategies. Riders are expected to respect the traffic rules on the roads and always practice good judgment. Since Audax is not a race, safety should always be a priority.

The group organizes brevets (the term used for a randonneuring event) of 200km, 300km, 400km and 600km distances, especially during the Paris-Brest-Paris (PBP) season which happens only every 4 years. The PBP is a 1,200km cycling challenge from Paris to Brest and back, with a cut-off time of 90 hours, and is regarded as the most prestigious brevet in the world, staged and governed by the Audax Club Parisien. Being the Audax Club Parisien-approved brevet-coordinating organization for the Philippines, Audax Randonneurs Philippines thus holds the qualifying rides for PBP in the country.

As of September 2019, the group has already organised 94 official brevets in the Philippines since December 2010. From our humble beginnings where our rides had only 7 cyclists, we have grown to accommodate more than 500 participants in our events, and all of this done with zero marketing effort!

With our advocacy of promoting cycling for an active lifestyle and as a form of ecotourism, our events have attracted both competitive and recreational cyclists alike from different age groups and walks of life. Our events have likewise fostered and nurtured friendships as our group promotes mutual respect among all cyclists, whatever their riding background and preferred bike of use may be. 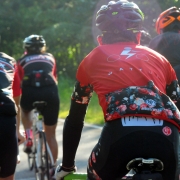 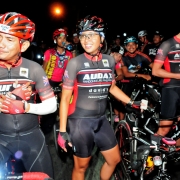 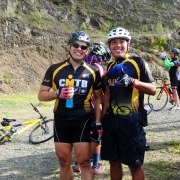 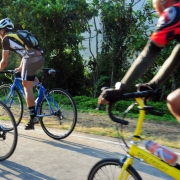 Audax: Completion is the pace of the “race”

As a non-competitive, time-limited, long-distance cycling platform, Audax is not considered a race. Audax events are undertaken with success measured by completion rather than speed. That’s why Audax randonneurs race against the clock rather than against their peers.

The time limits required to complete Audax events are quite generous—eliciting appeal to a wide variety of cyclists from touring, racing, recreational, or commuting background. This enables Audax randonneurs to set and achieve riding goals with a group of like-minded riders, consequently bridging close-knit community ties among participants.

So whether the ride calls for 200km, 300km, 400km, 600km—the classic Audax distances—the challenge of Audax lies not in racing, but in pushing one’s own boundaries and experiencing great personal achievements. 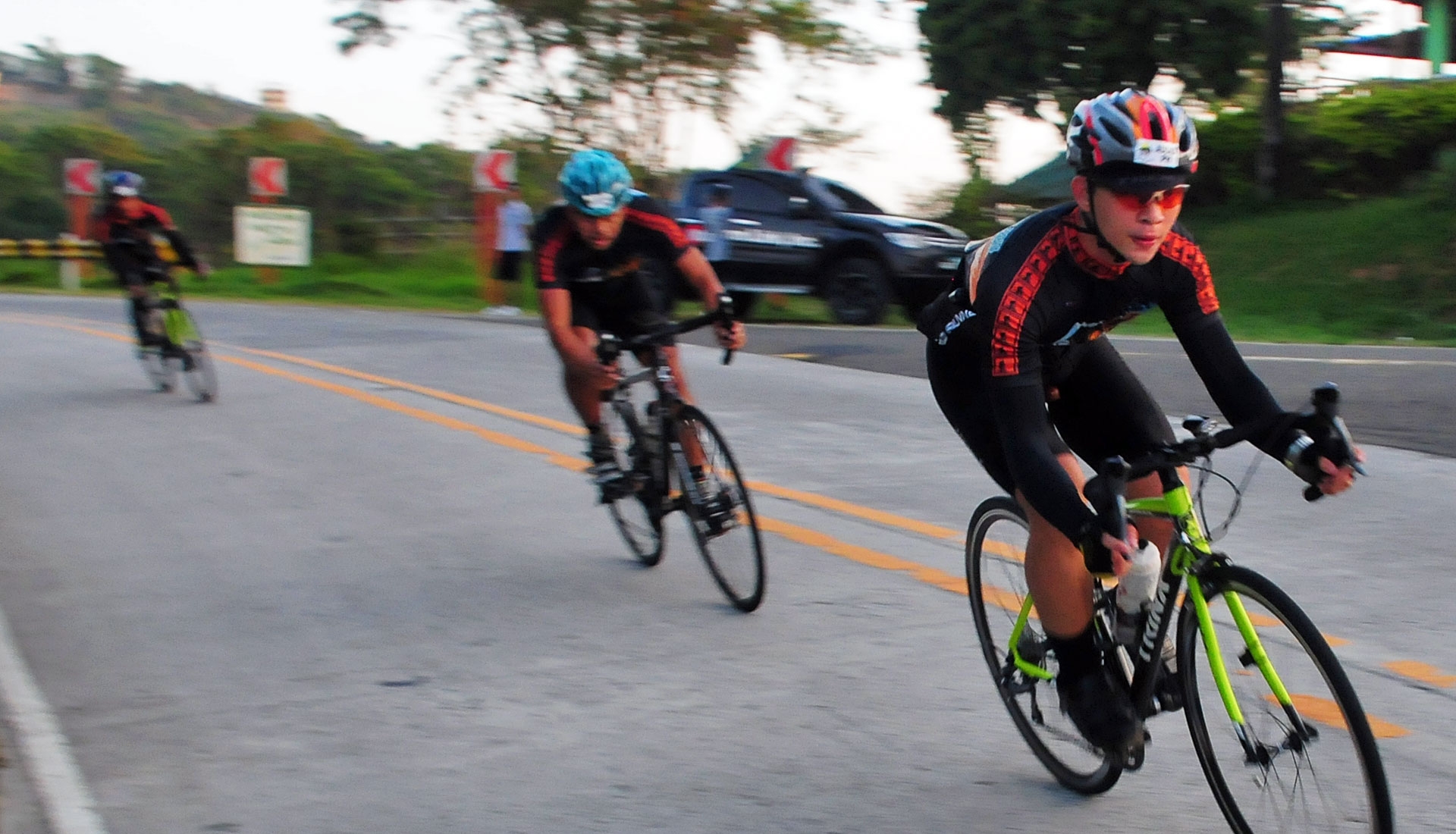 Audax embodies its revered history. Its name means “bold” or “courageous” in Latin. And it has its origins in Italian endurance sports of the late nineteenth century.

Cycling from Rome to Tour de France:
A free-pace journey to randonneuring

In 1897 a group of Italian cyclists rode 200 km from Rome to Naples, and became known as les Audacieux. However, it was only in 1904 when the Audax regulations were formalized by Henri Desgrange, the father of the Tour de France.

Currently, there are two forms of audax. In the original form, referred to as the Euraudax, participants ride in group at a steady pace set by a road captain. The group aims to cycle at 22.5km/h between designated stopping points and have all group members finish together within the time limit. While this form of audax still exists in Europe, it has been less popular than the later free-paced form known as randonneuring where participants can ride at their own pace either individually or in a group. The common thing though in both forms is that each participant carries a brevet card which is stamped at checkpoints along the route. This card acts as a type of passport and serves to certify that a cyclist has completed every section of the ride within the designated time limits. 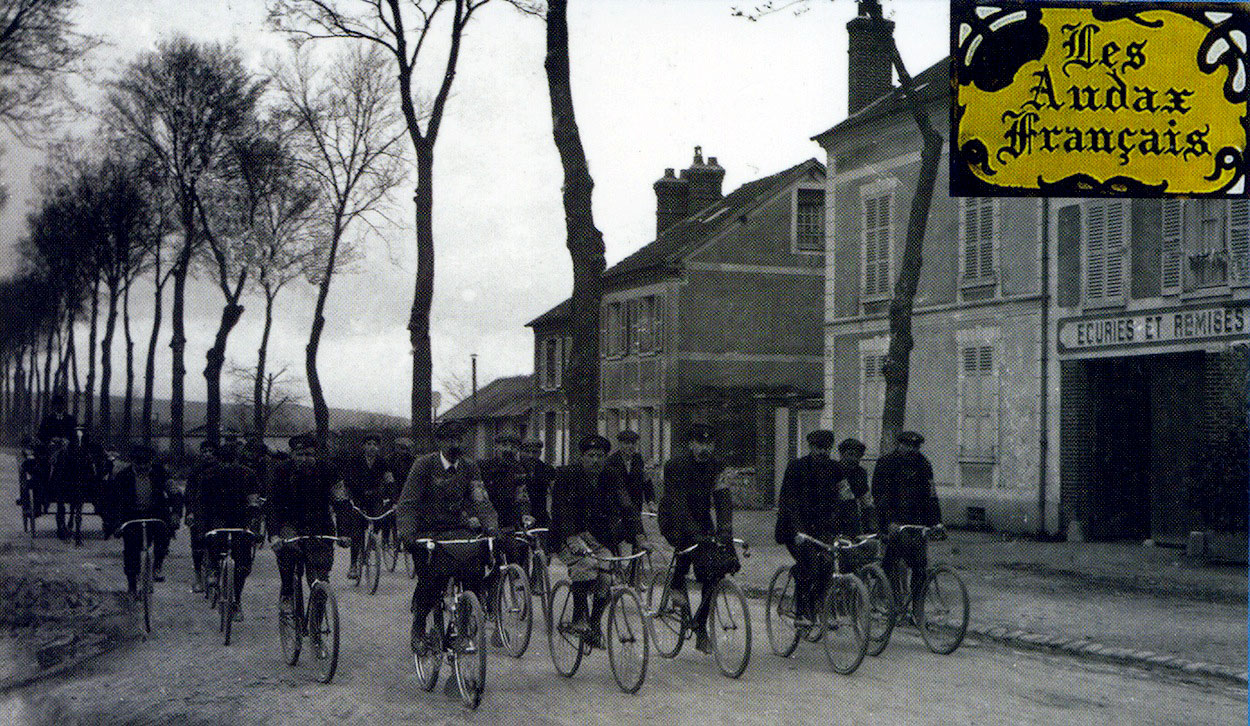 First French audax ride on Easter Monday, April 3rd 1904, on a route between Paris and Gaillon.

The randonneur spirit is ideally characterized by cooperation over competition. Even so, randonneés or brevets, the term for any randonneuring event, are run under the clock, with riders expected to complete the event within a prescribed time and pass through all control points, some of which may be secret. The sport also incorporates an element of orienteering, as riders are required to follow a 'cue sheet' of the prepared route. Furthermore, riders are expected to be fully self-sufficient, carrying their own food, water, spare clothing, and tools.

Everyone’s Welcome at Every Randoneé

Is there a good randonneuring bicycle? There is: any bicycle on which the rider is comfortable. Brevets are like a melting pot, where riders of all background and ability, and cycling gears of any age and design, are all welcome to join. No specialized equipment is needed, nor is there a “randonneuring bicycle.” Hence, no cyclist should be deterred from participating in brevets.

Brevets organized by duly recognized randonneuring clubs worldwide are registered with the Audax Club Parisien, which records the brevet results. Cyclists who complete a basic series of 200, 300, 400, and 600 kilometer brevets within a designated audax season are awarded the Super Randonneur medal by the Audax Club Parisien. This basic series also represents the qualification for riders wishing to enter the quadrennial, 1200 kilometer Paris-Brest-Paris—the most prestigious of all brevets. 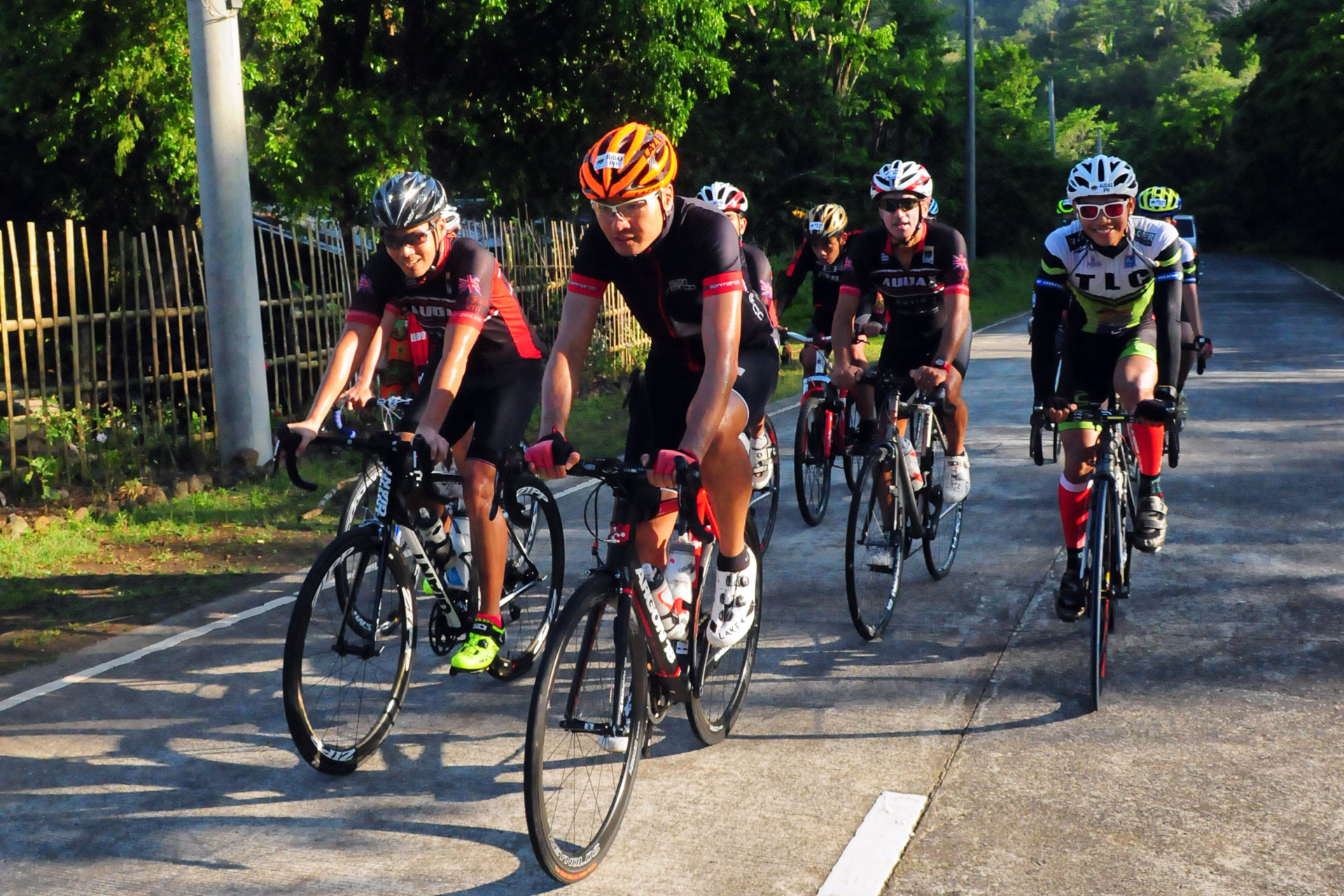 The majority of brevets are relatively small and locally organized, making for a busy calendar of events for enthusiasts. However, there are also some particularly well-known and prestigious events which attract participants from all over the world, and the most prestigious among these is perhaps the Paris-Brest-Paris (PBP).

Sometimes referred to as the Blue Riband randonnée, the PBP is an approximately 1,200 kilometers event held on an out-and-back course between Paris and Brest every four years. It started in 1891 as a race and was regarded as the precursor to the Tour de France. In 1931, riders in the PBP were separated into three categories: a professional category of cyclists who were in it for the competition, and two non-professional categories, one of which were audax cyclists riding as a group and maintaining a steady pace, and the other being allure libre (free-paced) cyclists who were riding individually in the spirit of self-sufficiency. As interest in long distance cycling had waned in favor of stage events like the Tour de France, the professional race part of the PBP was lost in 1951, leaving only the randonneuring part of the event. However, in 1975 the audax and the allure libre groups split up and formed two different PBP events. Today, the Audax Club Parisien runs the event every four years in their allure libre format, while the Union des Audax runs it every five years in their audax format.

The most recent Paris-Brest-Paris was held in 2015 and was attended by more than 6,000 participants from more than 50 countries. Ages of the participants ranged from 18 to 80,and more than a hundred different cycling machines – including recumbents, elliptigos, rowing bikes, and fixies – were seen during the event.

For more information about Paris-Brest-Paris, they may refer to the official link. www.paris-brest-paris.org 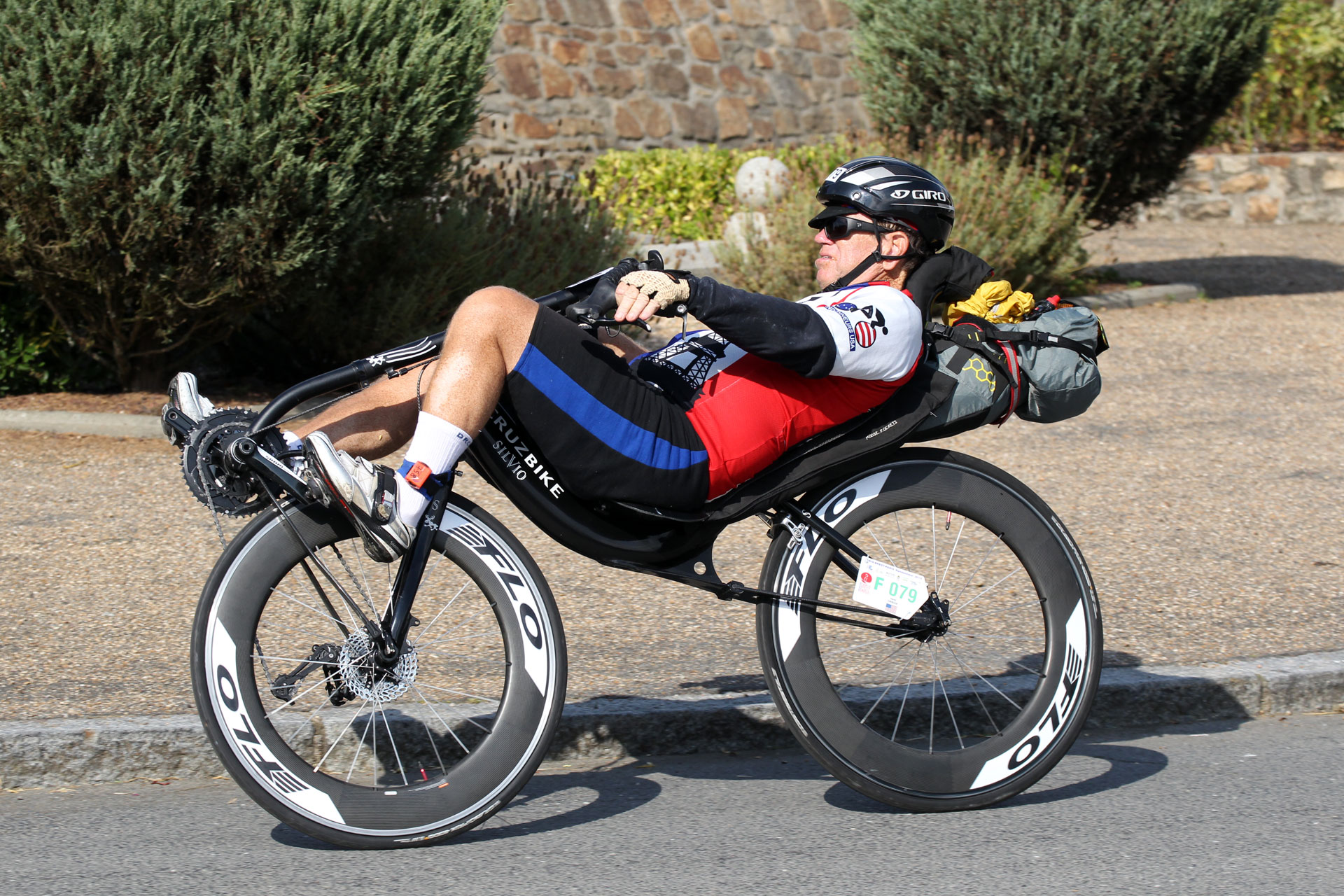 All Audax finisher medals are standard across all accredited Audax organising countries and are all sourced from France.

We understand that they are not cheap that is why Audax Randonneurs Philippines has made this optional and did not embed it with the registration fees. 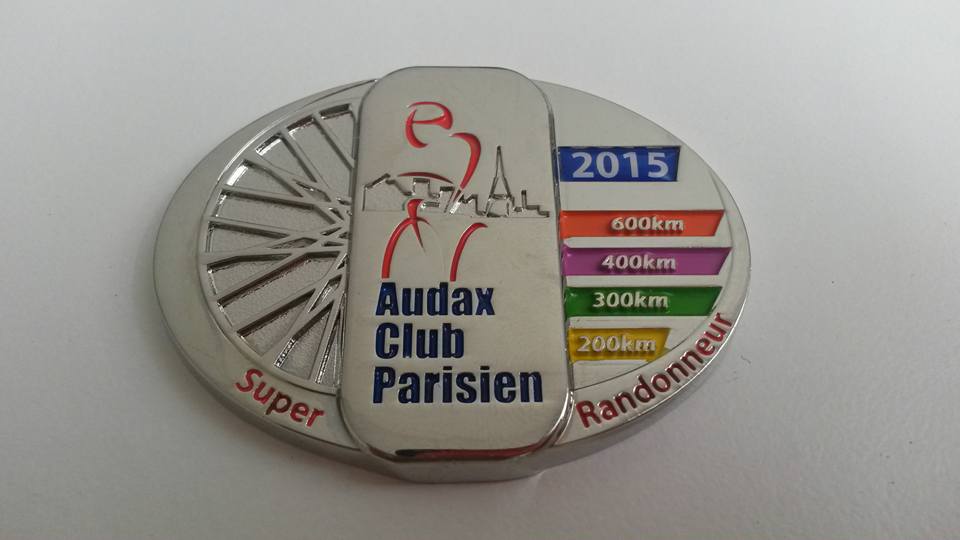 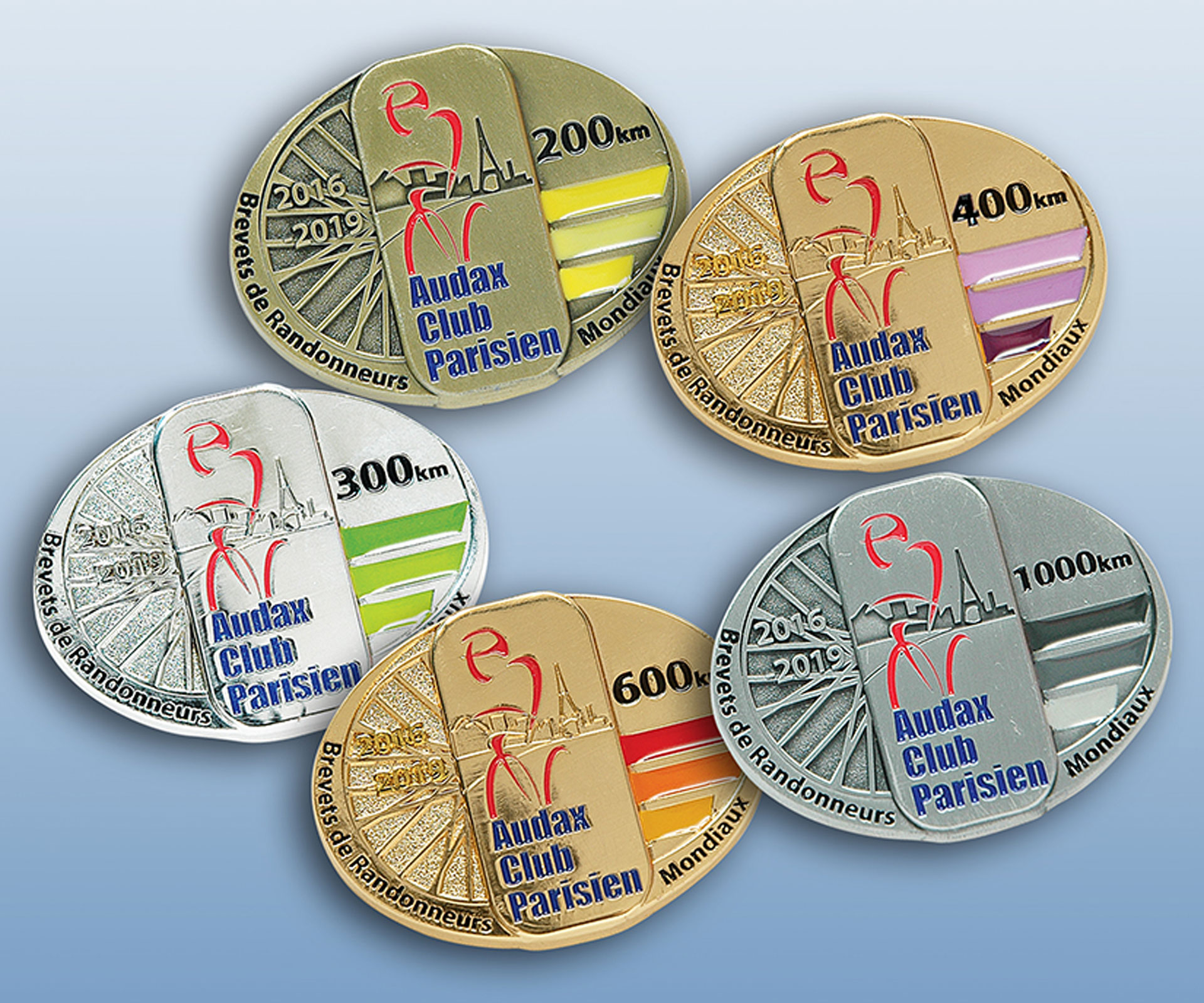